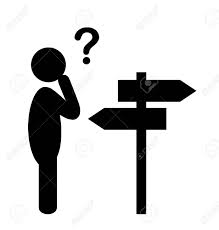 In this Glossary of Useful Terms some specialized terms from the desire to understand what the manufacturers or sellers of child car seats refer to.

Airbag: A primary safety device of the vehicle, which automatically inflates in the event of an impact to prevent the design of passengers out of the car.

Anti-rotation device: a leg attached to the lower part of the child car seat, through which it rests on the car floor. This device prevents the car seat from moving forward if the car is hit in the front or in the event of a sudden braking.

Base (car seat):  The base of the car seat is the lower part of the child’s car seat, which rests on one of the seats in the car. A detachable base can be used for car seats in groups 0 and 0+ to allow their installation in the car. The base remains fixed in the car, and the car seat itself can be removed and then repositioned with a click when leaving for the trip.

Seat belt anchor points: Fixed locations where the belts are anchored to the car structure.

Seat belt guides:  The guides indicated by the manufacturer for passing the belt around the car seat in order to fix it in the car.

Seat belt tensioning system: A system with which the child ‘s car seat is provided, which allows its mounting on the seat to be secured.

Lifting pillows (Groups 2 & 3): A type of car seat that only has the role of raising the child’s position so that the belts are positioned correctly over the pelvis and shoulder. It is recommended to use them for children weighing more than 23 kg. In the case of these hoists, the child is secured in the car only with its belt.

Backrest lifts (Groups 2 & 3): A backrest lift provides satisfactory side support for the child. And in this type of car seats the child is secured in the car through the seat belt of the vehicle.

We will try to permanently complete the Glossary of Useful Terms section to adapt it to the news on the market.